On Sunday, the three-week Tour de France cycling race concluded with a formal parade of champions to the Champs-Elysées in Paris.

It was historic for Slovenia. The Slovenians Tadej Pogačar and Primož Roglič achieved a double victory.

Primož rode as many as 11 stages in the yellow jersey of the leader of the Tour de France. On the penultimate, decisive stage, however, an incredible turnaround occurred. On the time trial his strength ran out.

Tadej, who turned 22 today*, rode his bike like a machine in a 36.2-kilometer time trial, overtook Primož by almost two minutes and wore the yellow jersey.

»I went full throttle. My dream was to just perform on the Tour, and now I’ve won. This is amazing,« said Tadej after the exceptional performance in the time trial of the 20th stage of the Tour.

Primož admitted that Tadej was better, and that he simply did not have enough strength in his legs.

His success is even greater because he did not have such a strong team with him as Primož.

»Every day for three weeks, we did everything perfectly. We planned everything carefully. We were ready for the celebration,« said one of the riders in Primož’s team, Jumbo Visma, who was disappointed.

This unfolding [of events] brings a nice message: life is not about planning down to the last detail, surprises are a part of life and for success you have to persevere and give your best.

*The original version of this article was published on September 21st. 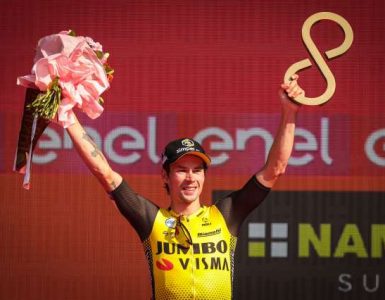 Roglič on the historic podium 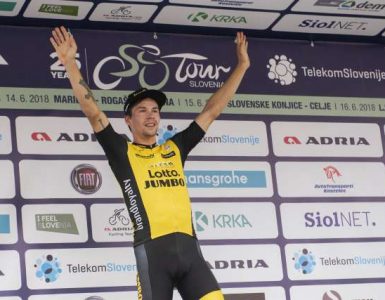 Primož Roglič is the best Slovenian in the Tour de France

Primož Roglič was the 4th cyclists to cross the finish line at the Tour de France cycling competition. 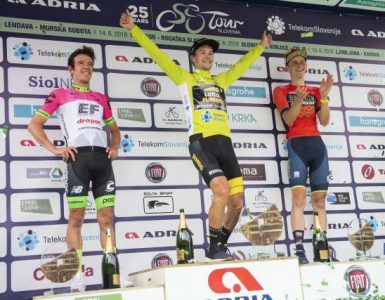 Primož Roglič is again the winner of the Tour of Slovenia

Top cyclists from around the world took part in the 25th Tour of Slovenia.