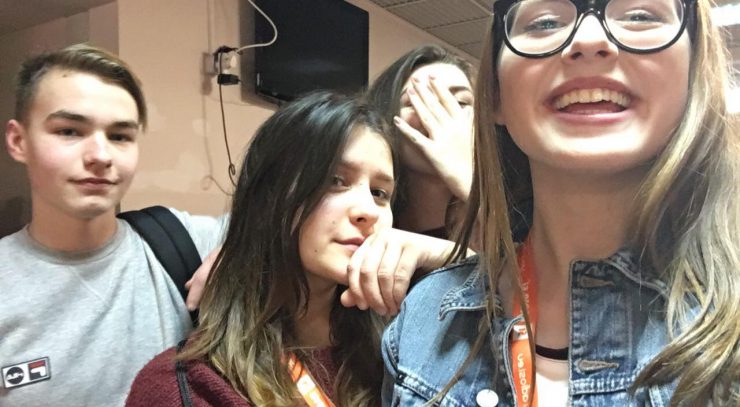 Students from Benedikt welcomed their peers from all over the Europe

Students from Benedikt, Slovenia, hosted the 7th Mobility of Erasmus+ Youth to Business Enterprise Project at their school between 5th-9th March, 2018.

They welcomed 54 guests from UK, France, Poland, Spain, Netherlands, Romania and Turkey. Žana Lavrenčič from class 8. b. reports in English. After reading her report no one can say that being an 8th grader in Slovenia is boring 🙂 .

At 9am there was a welcome ceremony at our gym. We had a performance there in our language. At 11am we had a snack and then we went back to the gym where we had presentations on sales. Then we were in mixed groups. The workshop was about presentation techniques. Later we had lunch at school and after lunch we went to the Maribor where we visited shopping centre Europark. Then everyone went home with their host families.

In the morning we brought our PJs to school and took packed snacks. Then we went to Maribor where we visited the escape room »Unlock Maribor«. After the escape room we visited a business start-up incubator. Simon Sovič talked to us about presentation skills. Then we had lunch at the restaurant ROTOVŽ. Later we had some free time to go shopping or explore Maribor some more. When we went to Benedikt we had pyjamas party till 8pm.

We visited NOELA. That’s a company that produces snail cream. It was very interesting! Then we went to Ljubljana where we had a tourist guide who guided us through the city centre and to the castle. Later we had lunch with a view at the Nebotičnik Skyscraper. Then we had free time to go around Ljubljana. Then we went home.

We were at school all day. We listened to  two presentations.

Inova It: they create mobile applications and focus on engaging and intuitive user experience through their systematic design process.

Later we had to work in transnational groups and had lunch. In the afternoon and evening we were free.

We also got certificates. Then we had free afternoon.

And then the last party at Petelin Pub. This was the end of our unforgettable week! 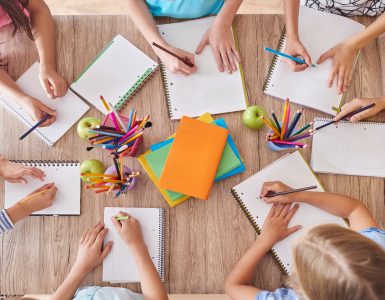 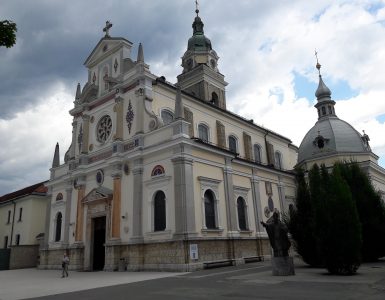