A teenager and a grandmother in space, with Jeff Bezos from Amazon

He flew into space with his brother Mark, 82-year-old Wally Funk, who has been ready for such a flight for sixty years, and eighteen-year-old Dutchman Oliver Daemen. The flight lasted ten minutes and the rocket reached an altitude of 100 kilometres. The crew could feel weightlessness for a few minutes.

»This isn’t a competition. This is about building a road so that future generations can do incredible things in space,« Jeff Bezos said before the flight.

Bezos, the founder of online sales company Amazon, is the second richest man in the last month to fly into space. The first to do so was Richard Branson, head of Virgin.

Wally Funk, too, had a long-held dream come true: »It doesn’t matter what you are. If you want to do something, you can do it,« she said before the flight.

The experienced pilot wanted to go into space as early as the 1960s, but because she is a woman this did not happen at the time. Now she has finally succeeded, and in doing so has shown many girls around the world that nothing is impossible.

Oliver Daemen, a future physics student at the University of Utrecht in the Netherlands, became the youngest man to fly into space.

»It was amazing, but at the same time very natural,« he said at a news conference after landing.

The original version of this article was published on July 21st. 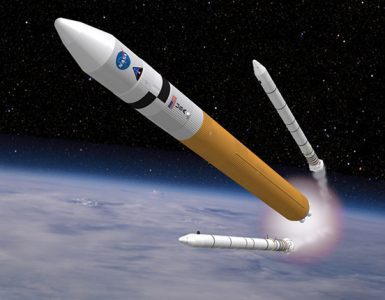 The debris of a rocket fell to Earth on Sunday

»We predicted that the fall would happen somewhere around the equator,« says Prof. Dr. Tomaž Zwitter. 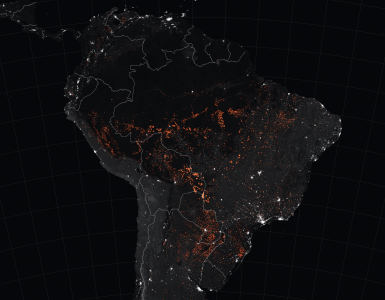 The world’s largest forest is disappearing in flames

Fire and dense smoke are visible even from outer space.

Snowman at the end of the Solar System

On New Year's Eve, the New Horizons spacecraft sent back to Earth the first images of the farthest celestial body yet encountered in the history of space exploration. It is called Ultima Thule.