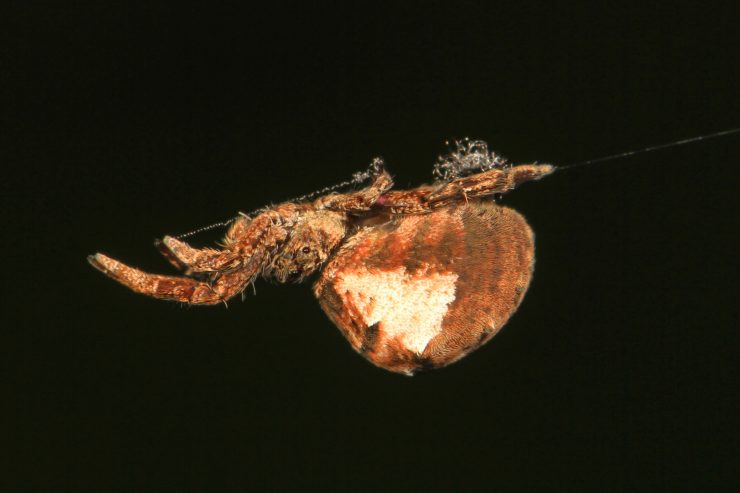 A spider that’s faster than a rocket

Spider researchers are always surprised by their survival methods.

With muscles in its back, the triangle weaver  spider weaves thread into successive loops, and then, like a kind of catapult, shoots itself toward the centre of its triangular web.

It flies towards its prey with an acceleration about twenty-six times that of a space rocket.

In addition, the prey moves towards the web, so it has no chance of escaping.

Other than humans, this spider is the only animal species that is able to obtain such a skilful accumulation or increase of energy.

And other animals can have similar incredible achievements.

A mantis shrimp, for example, breaks the shells of the shellfish and snails on which it feeds using enormous power. For its size, the strength of its strike can be compared to that a person would need in order to throw a tennis ball into the orbit of the Earth.

Fleas have a special mechanism in the body, like a kind of spring that stores mechanical energy and that allows them to move extremely quickly. If necessary, this spring is released, so their back legs are extended in milliseconds.

The original version of this article was published on May 29th.